Fourteen thousand randomly selected Devon households are being invited to enter a ‘civic lottery’ to determine who represents the county at this summer’s Devon Climate Assembly.

Over the next week invitations will drop through letterboxes giving households the chance to help shape and safeguard Devon’s future.

It follows the recent public consultation of the Interim Devon Carbon Plan, the county’s climate roadmap which outlines what every resident, business and organisation will have to do to reduce carbon emissions.

The Interim Carbon Plan is being developed by the Devon Climate Emergency Response Group (DCERG) – a partnership of Devon’s councils, emergency services, voluntary organisations, and business groups.  The group has set a target for Devon to be carbon-neutral no later than 2050.

Hundreds have contributed to the plan’s development, however some of the issues that need to be solved are so significant they need further discussion – and it’s these that will be considered, discussed, and voted on by the Assembly.

To conduct the Devon Climate Assembly, DCERG has enlisted the advice and support from two of the UK’s leading experts.

The Involve Foundation and the Sortition Foundation have conducted Citizens’ Assemblies on behalf of the UK Government and Scottish Parliament.   Their approach in Devon will ensure that the make-up of the 70-strong Devon Climate Assembly is fair and representative of our population.

The first stage in selecting Assembly members is a ‘civic lottery’, which involves invitations being sent out to randomly selected households in Devon, Plymouth, and Torbay, inviting one member of that household to put their name forward.

Households that receive an invitation have until the 24th May to respond.  From those responses, 70 members will be hand-picked against a criterion that will reflect Devon’s demographic profile.

Age, gender, ethnicity, disability, geography, socio economic status, and people’s own attitude towards climate change are all factors that will be used to produce a representative Assembly.

The Assembly itself will be conducted entirely online, and no prior knowledge of climate change or digital skills are needed.  Digital devices and support will be available.

Members will meet over a series of weekday evenings and three weekends in June and July to hear from a range of expert speakers to discuss the issues and form recommendations decided on by a vote.

The Devon Climate Emergency partnership, which includes all Devon’s Local Authorities, will respond to each of the Assembly’s recommendations to complete the Devon Carbon Plan.

Professor Patrick Devine Wright, Chair of the Net-Zero Task Force, who will combine the Assembly’s recommendations into the Devon Carbon Plan, said: “This is a fantastic opportunity for individuals to be the voice of their communities and advise the Net-Zero Task Force as to how they think Devon should meet the particularly challenging issues of climate change.

“The Devon Climate Assembly will enable members of the public to make informed recommendations for the Devon Carbon Plan, which will set the course of action across Devon for reducing carbon emissions to net-zero by 2050 at the latest.”

Dr Phil Norrey, chair of DCERG and Chief Executive of Devon County Council, said: “I would like to thank the members of the Devon Climate Emergency Response Group and the Net-Zero Taskforce for their hard work and to members of the public who have helped shape the carbon plan right from the thematic hearings through to the recent public consultation.

“Devon’s Climate Assembly is the next stage of a transparent and democratic process to show us all how we can live and prosper in a carbon neutral society.

“This is the goal of Devon’s Carbon Plan, to set out a clear roadmap of what we all have to do to ensure that Devon becomes net-zero and continues to thrive. If over the next week or so you receive an invitation, I encourage you to respond.” 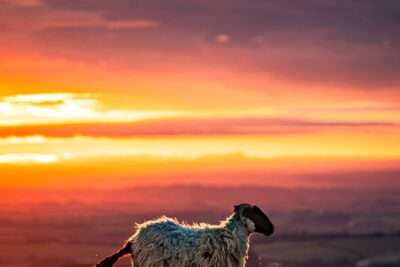 Be part of DCE